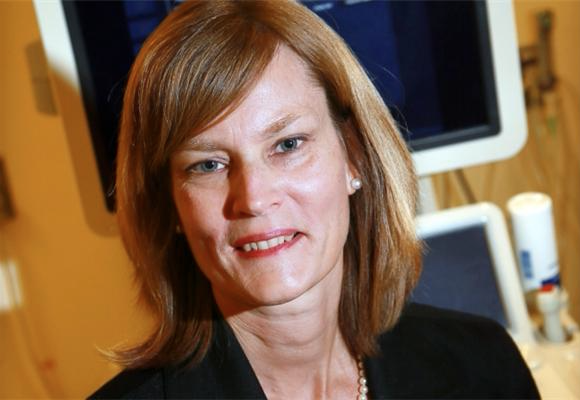 OTTAWA — A program that brings cancer and cardiac specialists together to improve the quality of care for cancer patients has won the 2013 Innovation Award from the Cancer Quality Council of Ontario.

Dr. Susan Dent, medical oncologist at The Ottawa Hospital and part of a team that was the driving force behind the program, called the award an honour. “This is a program we have worked on for five years that I am very passionate about. To receive that recognition was very special.”

“I am hoping this by no means is the end of the work we are doing. One goal is to see cancer patients across Canada have access to similar clinics.”

The program was begun after Dent and other specialists began noticing and learning that the drug Herceptin — which was considered a breakthrough for its effectiveness in preventing the recurrence of certain forms of cancer — and other drugs were hard on some patients’ hearts. They can cause high blood pressure to get worse and cause new heart problems that hadn’t previously existed in some patients.

Instead of referring cancer patients to a cardiologist, which could take time they couldn’t afford and delay cancer treatment, the hospital’s cardiac oncology program provides patients with an integrated approach to cancer therapy with communications between health-care providers — notably cardiologists, oncologists and pharmacists.

Without the integrated program, Dent said, the approach by cardiologists might have been to stop the cancer treatment. By integrating care and working together, health professionals have managed to find the best way to continue cancer treatments with the least impact on patients’ hearts.

Integrated care is a big issue in health care — treating the whole patient rather than parts of the patient — but it often proves difficult to get from the drawing board into practice.

The success of The Ottawa Hospital’s cardiac oncology program could provide guidance for other programs.

“It is a very novel approach,” said Dent. “We talk about multidisciplinary approaches, but there are very few areas of medicine where it is being done successfully. This (program) is breaking down the barriers.”

Lisa Lee, 50, a breast-cancer patient who became involved in the program when tests showed a decrease in her heart function after she began taking Herceptin, was able to continue with the treatment while her heart was being closely monitored.

“It was so organized and it all happened very quickly. The chemotherapy unit had very close dealings with the cardiologists. The oncology and cardiology teams were very well integrated.”

The Innovation Award honours the development of new approaches, processes, products or programs that enhance cancer care in Ontario.