Cancer Treatment Can be Toxic to the Heart 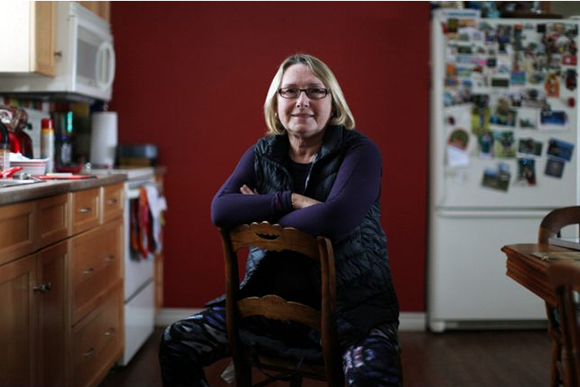 To treat the cancer in 2005, the retired Ottawa school teacher underwent surgery and several months of chemotherapy, followed by five years on a hormone drug. In 2012, she became extremely exhausted and developed a persistent cough and difficulty breathing. That’s when she was diagnosed with an arrhythmia and congestive heart failure, after-effects of the chemotherapy.

“You think you’re finished with cancer and you can take your life back,” says Imeson, 65. “Heart problems were the last thing I expected.”

For patients, it’s a cruel double threat. For doctors, it’s a mounting concern: current and former cancer patients with cardiac conditions, ranging from mild abnormalities to cardiac failure (the heart’s inability to pump enough blood). Treatments include everything from medication and lifestyle changes to heart transplant.

While oncologists have long known that some conventional chemo drugs can damage the heart, they’re now also prescribing a range of newer targeted therapies that can be cardio-toxic. Also, more people are surviving cancer and living longer, giving any heart complications from drugs or radiation more time to develop.

The vast majority of patients do not develop heart disease from cancer treatment. The incidence of heart trouble ranges between 2 per cent and 12 per cent from the traditional chemotherapy drugs associated with cardiovascular effects. But exact numbers are difficult to gauge, as a lot depends on the dosage, a person’s cardiac risk factors, and additional cancer drugs received.

Clinical trials often exclude participants with heart problems, yet many cancer patients have some pre-existing cardiac issues, says Dr. Susan Dent, oncologist at The Ottawa Hospital. “Many of us are aware that when you use drugs in real world situations, you often see more toxicity than in clinical trials,” explains Dent.

A new medical subspecialty, cardio-oncology, has evolved to better detect and prevent cardiac complications while delivering optimal cancer treatment and to spread awareness that past treatment could be a risk factor. In November, the Canadian Cardiac Oncology Network (CCON), founded in 2011 to bring health care professionals together, set up a website cardiaconcology.ca with information for medical providers and patients.

“This field is young,” says cardiologist Dinesh Thavendiranathan, who runs the University Health Network’s cardiac conditions in oncology program, started in 2012. “We still don’t know, if we treat the heart early on during cancer treatment can we prevent toxicity? Which patients do we worry about? Which ones do we just follow every five years after treatment? There’s lots to be studied.”

As for Imeson, she underwent an ablation, a cardiac procedure that restores normal rhythm, and she takes daily heart medicines to improve the muscle’s pumping ability. It’s still below the normal range, but is getting better.

She exercises religiously, eats a healthy low-salt diet, and has a checkup every four months at the Ottawa Hospital’s cardio-oncology clinic, the first in Canada and winner of the 2013 innovation award from the Cancer Quality Council of Ontario.

Doctors can’t prove 100 per cent that chemotherapy caused Imeson’s heart failure, but her case is like others cardiologists see. She had no other cardiac risk factors, except for receiving an anthracycline, a class of conventional chemotherapy drugs associated with possible heart failure and other cardiac problems. In Imeson’s case, the specific drug was epirubicin. The anthracyclines are powerful weapons used to fight a wide range of cancers, including breast, lung, leukemia and lymphomas.

Before treatment, doctors usually tell patients about long-term cardiac risks and commonly order baseline heart tests. But for the patient, a down-the-road possibility pales compared to the immediate cancer fight.

“I’ve come to terms with the fact that cancer treatment got me to where I am today,” explains Imeson. “I’m thankful I’ve lived long enough to have heart problems — and to have them dealt with.”

It was the wonder drug trastuzumab (Herceptin), introduced in 2005 for early stage breast cancer, that heightened concern about cardiac problems.

Herceptin treats HER-2 positive breast cancer, which affects about 20 per cent of patients. A targeted drug, it goes after cancer cells that produce too much of the HER-2 protein.

“Herceptin is one of the best things ever in breast cancer treatment,” says Dr. Christine Brezden-Masley, oncologist at St. Michael’s Hospital. “It’s decreased the recurrence rate by 50 per cent. Before Herceptin, women with HER-2 positive breast cancer died within two years. We’ve changed the natural course of the disease.”

The downside: Initially, about 27 per cent of Herceptin-treated patients with advanced cancer who were also receiving anthracyclines developed cardiomyopathy, a weakened heart muscle. Some heart cells express the HER-2 protein and get targeted.

Now Herceptin is given apart from anthracyclines. In current clinical practice, about 10 per cent to 13 per cent of Herceptin patients experience a heart function change that requires a cardiologist’s expertise, says Brezden-Masley, co-founder of the CCON. “The damage is often reversible if caught early enough,” she says.

Other breakthrough targeted drugs are used for various cancers, with more in development. While they are saving cancer patients’ lives, their side effects may include heart failure, arrhythmias, blood clots and hypertension.

Many of them work by blocking signals that tell a cell to grow. Some of them prevent new blood vessels from forming, cutting off a tumour’s blood supply and stopping its growth and spread. “The agents that target that pathway can spill over to affect normal blood vessels and lead to high blood pressure,” explains Dr. Christopher Johnson, cardiologist at The Ottawa Hospital. In clinical trials of sunitinib (Sutent), used for renal cell cancer, 47 per cent of people developed hypertension.

“It’s hard to do one thing in the body without affecting something else,” explains Dent, co-founder of the CCON. “All the drugs coming down the pipeline seem to have some cardiovascular involvement.”

The goal is to find ways of identifying patients at risk and detect the problems before symptoms appear. “We want to prevent the heart from getting to the failure stage,” says cardiologist Thavendiranathan.

Researchers are investigating which biomarkers, molecules in the blood, best indicate early cardiac concerns so that a simple blood test could sound a warning. They are also studying which imaging tools should be used to screen for cardiac injury and after-effects.

During cancer treatment, patients may be referred to cardiologists who collaborate with the oncologists. But survivors, especially if treated long ago, aren’t likely being tracked.

Twenty-one years after breast cancer treatment at a top U.S. hospital, Annette Passey couldn’t climb a flight of stairs without huffing and puffing. The avid tennis player was diagnosed with cardiomyopathy, a weakened heart muscle, linked to the long-ago chemotherapy.

“I wasn’t followed by a heart specialist. Back then there was no mention of a risk,” says Passey, 70, who has responded well to heart medicines.

“We don’t have a good set of guidelines on how to monitor someone exposed 20 years ago,” says cardiologist Johnson. “Should they have an echocardiogram every few years? Should they see a cardiologist every so often? We don’t know.”

For now, it’s up to the patients and their family doctors to be mindful that past cancer treatment can be a cardiac risk factor. It’s important that other risk factors such as high blood pressure, smoking, obesity, be kept under control. If a patient experiences shortness of breath, the doctor needs to get the person’s heart strength tested, says Johnson. 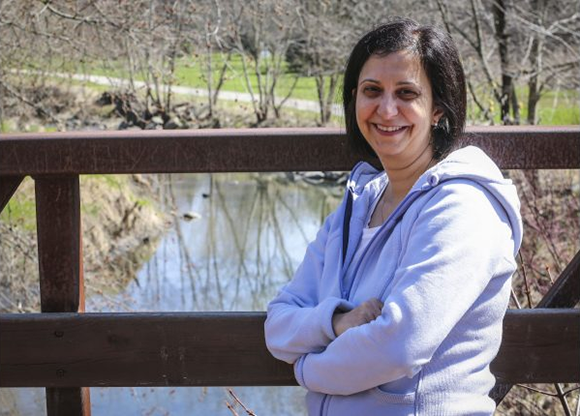 David Cooper — Toronto Star
Maria Brown thought she was back to normal after six months of chemo treatment for breast cancer, until she went into heart failure, caused by the cancer treatment. She’s now battling another cancer and exercising to improve her heart function.

Two months after finishing chemotherapy for breast cancer, Maria Brown went to her family doctor for a regular checkup. The building’s elevator was broken so she climbed a flight of stairs. At the top, she was breathless and her chest hurt. “I burst out crying, ‘I think I’m having a heart attack,’ ” she recalls.

Her doctor examined her and said it was probably her asthma. The doctor, however, referred her to a cardiologist, who initially found nothing significant, but scheduled a followup in a few months. By then, Brown, a teacher and mother of two young children, had returned to work and was exhausted.

She was in congestive heart failure. She was put on heart medicines and went into cardiac rehabilitation. “I thought I was so tired because I was working too hard,” says Brown, 48. “Good thing I had that followup appointment. I would never have figured it out.”